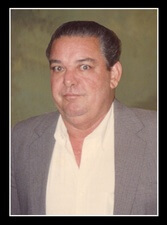 Memorial services for Wayne H. Pearce, 71, of Whigham, GA, are at 11:00 a.m., Thursday, September 17, 2015, at the Chapel of Clark Funeral Home, Cairo, GA. Minister Rick Kenyon and Minister Thomas Wise will officiate. Services will conclude at the Chapel. Private interment will be in Greenwood Cemetery. Mr. Pearce passed away at his home in Whigham, GA, on Monday, September 14, 2015.

Mr. Pearce was born on June 2, 1944, in Cairo, GA, to the late Harvey L. Pearce and Dessie L. Albrittan Pearce. He was a retired welder in the bridge and construction industry. On October 9, 1970, he married Brenda Avery Pearce, who preceded him in death on December 7, 2011. He was a member of the Thomasville Church of Christ.