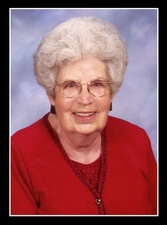 Selma Reagan Prince was born on January 25, 1928, in Cairo, GA, to the late D. J. Victor Reagan and Irene Shiver Reagan. On February, 7, 1947, she married Jerry Wendell Prince, who survives. She was employed many years with Dr. Singleton as his receptionist. Later she worked with the Belk Hudson Company and as a paraprofessional with the Grady County Board of Education. She was a member of Pine Level Baptist Church, Cairo, GA.