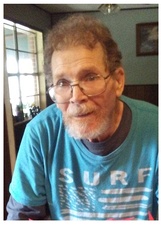 Ricky Lee Blackburn, 62, of Whigham, GA, passed away at Rose City Heath and Rehab in Thomasville, GA, on Saturday, March 6, 2021. The family will have a memorial service on Tuesday, March 9, 2021, at Tabernacle Baptist Church, Cairo, GA.  Services will conclude at the church.  Rev. Miles Carter will officiate.

Mr. Blackburn was born on March 14, 1958, in Bradenton, FL, to the late John William Blackburn and Nora Frances Sadler Blackburn. On December 29, 1984, he married Susan Kubacko Blackburn, who survives.  He worked at route salesman with Marietta Bread Company.  He was a member of Tabernacle Baptist Church in Cairo.