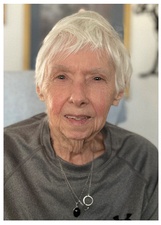 Mrs. Smith was born on September 2, 1938, in Kingsport, TN, to the late Wright and Dorothy Vaughn.  On November 22, 1966 she married Clarence Smith who survives.  She worked as a typesetter for the Washington Post in the 1960’s until she became a mother in 1968, and then she decided to stay home and care for her children.

She was preceded in death by; her parents, Wright and Dorothy Vaughn; and her brother, Paul Vaughn.