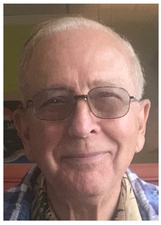 James Edward Tomberlin, 82, of Cairo, GA passed away at his home Thursday, October 22, 2020. The family is planning to have a private memorial service.

Mr. Tomberlin was born on June 6, 1938, in Nashville, GA, to the late Bernice Tomberlin and Susie Brantley Tomberlin. On December 24, 1960, he married Mary Ernestine Wells Tomberlin who preceded him in death on October 4, 2015.  Before retiring, he spent his career working for the Harvey’s Corporation as a grocery store manager. He was a member of the First Baptist Church of Cairo.

He was preceded in death by: his parents; wife; brothers, Howard Tomberlin, Billy Tomberlin, Robert Tomberlin, Wayne Tomberlin and Frank Tomberlin; and a sister, Helen Millirons.

Memorials may be made in Mr. Tomberlin’s memory to: Hospice of South West Georgia, 910 S. Broad Street, Thomasville, GA 31792.