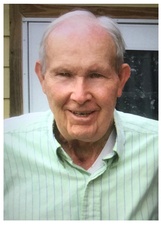 Henry Dolan Hawthorne, 74, of Whigham, GA, passed away at his home on Saturday, August 22, 2020.  Interment will be in the Hawthorne Cemetery, Whigham, GA.  The family will have a memorial service at a later time.

Mr. Hawthorne was born on October 17, 1945, in Cairo, GA, to the late Henry Anderson Hawthorne and Eunice Louise Harrison Hawthorne.  On February 21, 1976, he married Mary Lee Baka Hawthorne, who survives.  He was self-employed in cleaning and maintenance business.  Dolan enjoyed working with his hands.  He loved talking to others about God’s Kingdom and his purpose.  He was a member of the Kingdom Hall of Jehovah’s Witnesses.