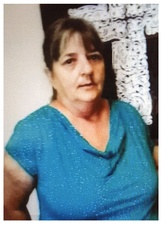 Deborah Ann Henley, 66, of Crawfordville, FL, passed away at her home on Monday, October 19, 2020.  The family will have a memorial service at a later date.

Mrs. Henley was born on February 18, 1954, to the late Jesse Vickers and Francis Mobley Vickers.  She was married to the late Mike Henley, who preceded her in death.  She was homemaker and worked with house cleaning services.  Deborah was of the Baptist faith.

She was preceded in death by: her parents; husband; son, Robert Vickers; brother, Larry Vickers; and a sister, Linda Spencer.