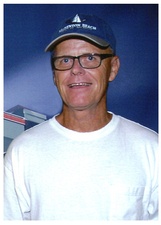 Daniel L. Turner, 73, of Cairo, GA, passed away at Rose City Health and Rehab in Thomasville, GA, on Thursday, December 31, 2020.  Interment will be in Greenwood Cemetery, Cairo, GA.  No services are planned at this time.

Mr. Turner was born on December 8, 1947, in Ferndale, MI, to the late Charles Conrad Turner and Margaret Dare Turner.  On May 22, 1987, he married Linda Jeanette Sellers Turner, who survives.  He retired from the United States Military serving in the U. S. Marines and the U.S. Army for 26 years.  He also retired from the U. S. Postal Service. Daniel loved to be on the water and hunting.

He was preceded in death by: his parents; and brothers, Johnny Turner, Hal Turner.