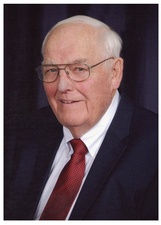 Mr. Perkins was born on December 31, 1935, in Cairo, GA, to the late Roy Perkins and Ferol Blanton Perkins.  He served his country in the National Guard.  On March 16, 1963, he married Susan Yancey Perkins, who survives. Pat retired as the plant manager from the Campbell Soup Company.  He was a member of the First United Methodist Church of Cairo. He served as president of the Grady County Historical Society.  He was a strong supporter of the equine community in Georgia.  He served as president of the Deep Dixie Saddle Club for many years and has judged and announced the Calvary Lion’s Club Mule Day Parade for decades.  He was a tremendous supporter of his children and grandchildren in their competitive endeavors in the NRHA and other equine sports.

Survivors include: his wife, Susan Perkins of Cairo, GA; children, Mary Frances Perkins and her sweetheart, Mike Black, of Dawsonville, GA, Charles Patrick Perkins, Jr. of Thomasville, GA, Dave Perkins and his beautiful wife, Allison, of Cartersville, GA.  He doted on his three grandchildren:  Daniele Bussey and her husband, Aaron, both nurse practitioners who he was extremely proud of, Ava Katherine Perkins of Cartersville, GA, whose softball skills he bragged on constantly, Charles P.  “Charlie” Perkins of Cartersville, GA, his namesake whose calls to Mama Sue gave Pat tremendous joy,  great-granddaughter, Hannah Claire Bussey of Cairo, GA who entertained him during her frequent visits and a host of extended family.

He was preceded in death by his parents and a sister, Nancy Perkins Crawford.