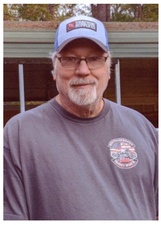 Mr. Johnson was born on June 24, 1957, in Cairo, GA, to the late Grover H. Johnson and Martha Jeanette Merritt Johnson. Laurie Alexander, who survives, was his life partner of 21 years. He was employed with Mac Rosencrantz as a truck driver. He was of the Baptist faith.

In lieu of flowers, memorials may be made in Mr. Johnson’s memory to: Look Twice Save A Life Foundation http://www.looktwicesavealife.org/ or: National Motorcycle Safety Fund https://nmsfund.org/