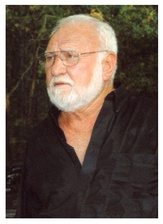 Mr. Davis was born on April 1, 1941, in Cairo, GA, to the late Hugh Augustus Davis and Merree Jones Davis. On August 6, 1961, he married Patsy Smith Davis, who survives. They were married for 58 years. He was a farmer and crop insurance adjuster with Rain and Hail Insurance Service, Inc. He was of the Baptist faith.

He was preceded in death by: his parents; a brother, Thelbert Davis; and a sister, Maryce Harrison.