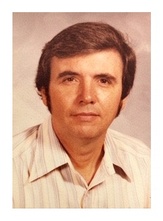 Thomas Edward McRae, Jr., 78, of Tallahassee, FL, passed away Tuesday, May 28, 2019. He was preceded in death by his mother, Heloise Landry McRae and his father, Thomas Edward McRae, Sr. Survivors include his daughter, Mary Jane Macaluso of Senoia, GA, his sister, Mary Ann Evans of Pipestem, WV, his grandchildren, Nicholas, Connor and Isabella Macaluso, all of Senoia, and his nephew, Byron Evans of Pipestem.

Tom McRae was born in Perry, FL and graduated in 1963 with a B.A. degree in English from The University of Florida. He then enlisted in the Army during the Vietnam War and spent two years as an MP at Ft. Lewis, WA. He went on to receive his Master’s Degree in Education from Florida Atlantic University in 1979.

Tom was a staff writer for the Palm Beach Post-Times, a Proofreader/Associate Editor for Wing Publications in Columbia, SC, and a classroom teacher for the Florida School system for 30 years, retiring in 2000 and moving from Ft. Pierce to Tallahassee to be closer to his sister, daughter and grandchildren. He enjoyed reading, writing, watching sports, and giving his daughter and grandchildren cards and gifts.

Tom received Jesus Christ as his Savior two months before he died. Private interment will be at Greenwood Cemetery in Cairo, GA.