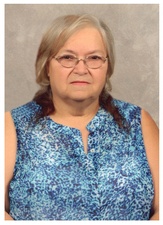 Susan Irene Weller, 71, of Whigham, GA, passed away at Archbold Memorial Hospital in Thomasville, GA, on Sunday, April 28, 2019. The family will have a memorial service at a later time.

Mrs. Weller was born on August 11, 1947, in Altoona, PA, to the late Alfred Garham and Pearl Wyrick Garham. She married Manard Weller, who preceded her in death. She retired as a truck driver.

She was preceded in death by her parents and her husband.