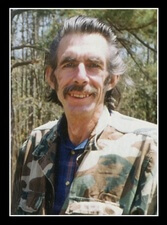 Samuel Braxton “Sammy” Goings was born on September 9, 1946, in Cairo, GA, to the late Joseph Hubert Goings, Sr. and Kathleen Elizabeth VanBrunt Rogers. He retired from the construction industry. At age 62, he graduated from Tallahassee Community College. He was an active member of Seven Hills Health and Rehabilitation Center in Tallahassee, FL. He spent his last four years there as a resident. He was an advocate of patient rights and represented his fellow patients on many projects. Sammy would often use his own funds to purchase the winner’s prizes in the Bingo games for his fellow residents. He was an accomplished music composer and had published several songs. He was of the Baptist faith.

Survivors include: son, Michael Goings of Albany, GA; sister, Sylvia Harrington of Albany, GA. The family would like to thank his special care givers, Angela Goings and Hugh Miller.

Mr. Goings was preceded in death by his parents and a brother, Joseph Hubert Goings, Jr.