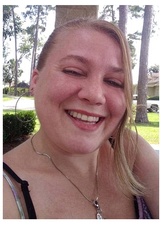 Sabrina Deann Jacobs, 35, of Pelham, GA, passed away at Archbold Memorial Hospital in Thomasville, GA, on Wednesday, June 10, 2020. The family will have a memorial service at a later date.

Ms. Jacobs was born on March 13, 1985, in Bainbridge, GA, to the late Jonathan Neal Jones and Saundra Tallent James, who survives. She was of the Christian faith.