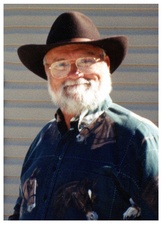 Mr. Ulmer was born on November 30, 1944, in Cairo, GA, to the late Rufus Leroy Ulmer, Sr. and Ruby Esther Perkins Ulmer. He served his country in the United States Army National Guard. He retired from Warner Brothers Company in Thomasville, GA. Leroy had a passion for riding and training horses. He was a lifelong cowboy.

His parents and his brother-in-law, Bill Harrison, preceded him in death.

The family will receive friends at the home of Leanne Futch.