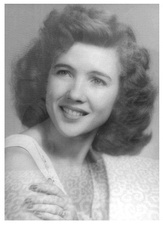 Miriam Krain, 87, of Cairo, GA, passed away at her daughter’s home in Grady County, GA, on Saturday, August 10, 2019. Her remains will be interred with those of her husband, George Krain, during private services at Cape Canaveral National Cemetery, Mims, FL.

Miriam was born on May 14, 1932, in Bickley, GA, to the late Willie Courson and Daisy Brown Courson. On December 25, 1979, she married George Krain, who preceded her in death on April 13, 2017. She was a retired manager with BellSouth Telecommunications Company. She was of the Baptist faith.

Miriam is predeceased by her husband, George Krain and beloved grandson, Eric Barrett.

For those who desire, condolences may be offered to the family at Click Here