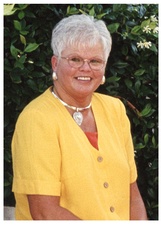 Mrs. Porter was born on June 25, 1948, in Bainbridge, GA, to the late Hollis Clay Chason and Mildred Ann Brinson Chason, who survives. She was raised and attended school in Whigham GA, where she eventually met her husband to be. On December 12, 1975, she married Robert M. “Bobby” Porter, who survives. Over the years, she worked abroad in numerous jobs, as Bobby was career military serving in the U.S. Army. They lived in Ft. Benning, GA and she began working as a waitress at Red Lobster. After being transferred to Weisbaden Germany, she started working in the Army’s Post Exchange System and continued working in the PX after coming back to the states in Ft. Hood, TX. Stateside she decided to complete a course in secretarial skills at Central Texas College. With her new trade in hand she proceeded to work as a civil service secretary back abroad in several locations throughout Germany. Mary finished up her career with the civil service at the JFK Special Warfare Center in Ft. Bragg, NC.

Finally returning home to Grady County, she worked managing Lewis Jewelers in Thomasville and eventually retired from work as a secretary for Monrovia Growers in Cairo. Mary’s passions were shopping, cars, gardening, the Red Hat Society, and loving her grandsons. She was a member of El Bethel Baptist Church in Whigham, GA.

She was preceded in death by: her father; sister, Bonnie Chason Michael; and a sister-in-law, Pam Bailey Chason.

In lieu of flowers contributions can be made to: Lighthouse Children’s Home, 7771 Mahan Dr., Tallahassee, FL 32309.

The family will receive friends immediately following the memorial service at the church.