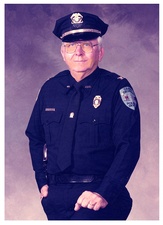 Mr. Sasser was born on October 20, 1929, in Whigham, GA, to the late Marvin G. Sasser and Alma Walden Sasser. He served his country as a gunner on a Twin Mount 20 mm Cannon aboard the U.S.S. Prairie in the United States Navy during the Korean Conflict. On December 6, 1952 he married Louise Darley Sasser, who survives. He served with the Cairo Police Department for over 30 years and as Chief of Police for 18 years. He was a member of Providence Baptist Church in Whigham.

He was preceded in death by his parents and his brother, Earl F. Sasser.