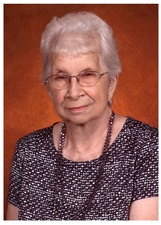 Funeral services for Margaret Amanda Davis Guagliardo, 89, of Cairo, GA, passed away at her home on Friday, October 30, 2020.  Memorial services will be held at a later date at the Garden of Memories in Tampa, FL, where she will be interred beside her husband.

Mrs. Guagliardo was born on March 23, 1931, in Thomasville, GA, to the late Ramsey Lee Davis and Pauline West Davis.  On February 13, 1951, she married Jimmie Joe Guagliardo, who preceded her in death on July 4, 2012.  She retired as a secretary with Youkin Sports Supply.  She was a member of Eastern Star and a member of Long Branch Baptist Church.  She loved to be in her yard tending to her flowers.

She was preceded in death by: her parents; husband; and brothers, Ramsey Davis, Gerry Davis.