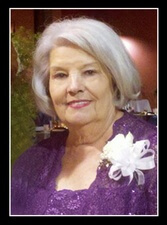 Mrs. Lee was born on July 8, 1940, in Cairo, GA, to the late Audrey David Whigham and Agnes Lee Fiskus Whigham. On March 28, 1996, she married Ronald Lee, who survives. She retired as an administrative assistant with the Windstream Telephone Company. Linda was an active member of the First Baptist Church, Union Point, GA, where she served on the Hospitality Committee, Loving Lappers, WMU Women’s Ministry and choir member. She was a member of the Garden Club of Union Point, the Happy Hearts and Eastern Star.