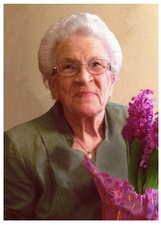 Mrs. Harrison was born on August 6, 1931, in Cairo, GA, to the late Billy Taft Page and Marcie Neal Reagan Page. On July 3, 1948, she married George Preston Harrison, who preceded her in death on January 12, 2009. She was a member of Pisgah Primitive Baptist Church. She enjoyed working in her yard, taking care of friends and family, and being a loving grandmother.

She was preceded in death by: her parents; husband; sisters, Holly Hurst and Susie Johnson.

The family will receive friends at Pisgah Primitive Baptist Church the hour prior to the funeral on Thursday, January 2, 2020.