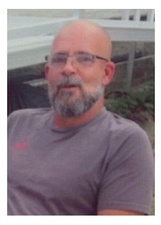 Larry Kenneth Hammer, Jr., 49, of Cairo, GA, passed away at Grady General Hospital in Cairo, GA, on Monday, May 16, 2022.  The family will have a memorial service at a later date.

Mr. Hammer was born on May 30, 1972, in Coos Bay, OR, to Larry Hammer, Sr. and Joan Gail Bentley Hammer.  He was a contractor in the construction industry.

He was preceded in death by: parents, Larry and Joan Hammer; parents, June and Johnny Pilgram; grandson, Dallas Beltran; and a brother, Ray Goodman.