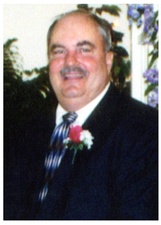 Mr. Harvey was born on April 11, 1947, in Lakeland, FL, to the late Raymond L Harvey and Evelyn Kennedy Harvey. He served his country in the United States Air Force. On July 13, 1967, he married Connie Adelia Roland Harvey, who preceded him in death on March 21, 2017. They were married for almost 50 years. He was a self-employed salesman. He was of the Baptist faith.

He was preceded in death by: his parents; his wife; and a brother William “Billy” Harvey.

The family will receive friends at Clark Funeral Home immediately following the service.