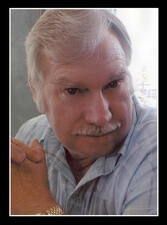 Funeral services for James Ralph Cumbie, 71, of Cairo, GA, are at 10:00 a.m., Wednesday, August 5, 2014, at the Chapel of Clark Funeral Home, Cairo, GA. Rev. Eric Mitchell will officiate. Services will conclude at the Chapel. Private interment will be in Greenwood Cemetery, Cairo, GA. Mr. Cumbie passed away at his home in Grady County, GA, on Sunday, August 2, 2015.

James Ralph Crumbie was born on March 7, 1944, in Cairo, GA, to the late Riley Mason Cumbie and Effie Ree Dozier Cumbie. He served his country in the U.S. Air Force. On June 24, 1994, he married Marie Proctor Cumbie, who survives. He was a retired truck driver with Rockdale Transportation Enterprises in Cairo, GA. He was of the Baptist faith.

He was preceded in death by his parents and a brother, John Thomas Cumbie.