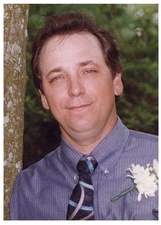 Honorary pallbearers will be Elzie Jones, Mike Jones and his fellow workers.

Mr. Stuckey was born on October 31, 1959, in Miami, FL, to the late Robert Stuckey and Louise Hall Stuckey.  On June 3, 1995, he married Sharon Lynn Edenfield Stuckey, who survives.  He worked in construction and heavy equipment.  He was of the Baptist faith.  Gary never meet a stranger and loved being with family and friends.

He was preceded in death by parents and his grandparents.