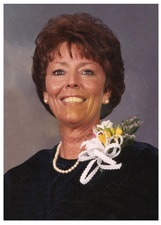 Gerilyn Moore Blackman, 73, of Thomasville, GA, passed away in Cairo, GA, on Wednesday, February 19, 2020. The family will have a memorial service at a later time.

Mrs. Blackman was born on January 20, 1947, in London, Ontario Canada, to Walter J. Moore and the late Isabelle Millar Moore. On April 28, 2017, she married Dennis Blackman, who survives. She graduated from Valdosta State University and was a registered nurse with Archbold Memorial Hospital until her retirement. The children cherished and loved their mother.

In lieu of flowers, memorials may be made in Mrs. Blackman’s memory by donating or purchasing a book for your local library.