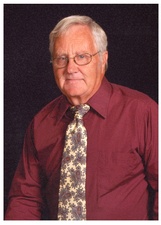 George Tommy Smith, 68, of Whigham, GA, passed away at Archbold Memorial Hospital in Thomasville, GA, on Thursday, March 19, 2020. A memorial service will be announced later.

Mr. Smith was born on March 27, 1951, in Lyons, GA, to the late E. L. Smith and Emma Mae Wood Smith. He was a millwright with the Torrington Company. Tommy was a member of Providence Baptist Church.

He was preceded in death by: his parents; sister, Edith Carroll Nixon; and a brother, Danny Smith.