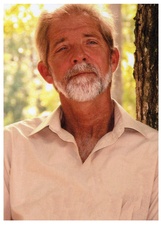 Gary Frank Cottles, 67, of Cairo, GA, passed away at Archbold Memorial Hospital in Thomasville, GA, on Thursday, June 9, 2022.  The family will have a private graveside memorial service in Oak City Cemetery, Bainbridge, GA at 10:30 a.m. on Tuesday, June 14, 2022.  Military honors will be presented.

Mr. Cottles was born on April 11, 1955, in Cairo, GA, to the late Frank Holman Cottles, Jr. and Bessie Owens Cottles.  He served his country in the United States Army.  He was self-employed as a handyman.  He attended Eastside Baptist Church in Cairo.

He was preceded in death by his parents and a brother, Terry Cottles.

Memorials may be made in Mr. Cottles’ memory to: the Wounded Warrior Project, P.O. Box 758516, Topeka, Kansas 66675; or your local Veteran’s Association.