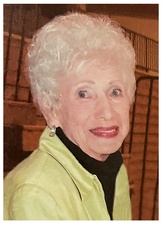 Mrs. Gay was born on January 2, 1931, in Plant City, FL, to the late John Murray Walden and Laleah Rosencrantz Walden. On January 6, 1952, she married Raymond Lee Gay, who preceded her in death on March 13, 2000.  She was a retired hairdresser.  Frances was a member of Midway Baptist Church.