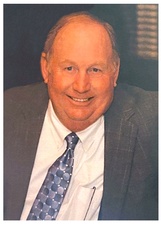 Emmett Lloyd Chastain, Jr., 72, of Cairo, GA, passed away at Memorial Hospital and Manor in Bainbridge, GA, on Saturday, March 14, 2020. Graveside services will be held in Greenwood Cemetery, Cairo, GA. Rev. Ron McCaskill will officiate. For the well-being of family and friends, services will be private due to public health concerns.

Mr. Chastain was born on July 17, 1947, in Callahan, FL, to the late Emmett Lloyd Chastain, Sr. and Mary Braddock Chastain. He served his country in the National Guard. He was married to Martha Cross Chastain, who preceded him in death on November 30, 2018. He and his father owned and operated Chastain Tractor Company for over 35 years. He was a member of the First United Methodist Church of Cairo.