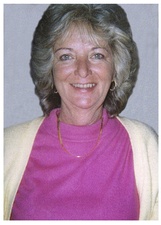 Mrs. Waldrop was born on March 24, 1955, in Booneville, MS, to the late Richard King and Hattie Pearl Cooksey King. On July 17, 1995, she married Larry Ray Waldrop, who preceded her in death on September 9, 2009. She was a homemaker. Liz loved to work in her flower beds and enjoyed fishing.

She was preceded in death by: her parents; her first husband, Roger Dale Dean, Sr.; her second husband; brother, David King; and sister, Jewel King.