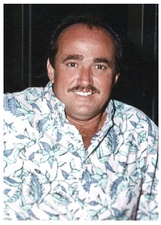 Durwood Edwin Phillips, 66, of Whigham, GA, passed away unexpectedly at his home on Wednesday, October 7, 2020.  Per his request, there will be no visitation or services at this time.

Mr. Phillips was born on October 4, 1954, in Thomasville, GA, to the late Charlie Jutson Phillips and Hazel Rae Miller Phillips.  On February 15, 1980, he married Pam Long Phillips, who survives.  Durwood was of the Baptist faith.

For over 40 years, Durwood and Pam had many adventures.  Having lived and worked in Hawaii, Spring Creek, and Whigham, their greatest pleasure was on the water.  Granddaddy was lucky enough to enjoy time with the “grands” while doing so.

He graduated from Ravenwood Academy and ABAC.  Durwood worked as a contractor until health issues slowed him down.  “Catman,” as he was known by many, was a hard-working man who instilled the same work ethic in his sons.

Also known as the “Boat Guy” in Whigham, he loved the time he and “the grandson” had the last couple of years “going after another one” as they called it.

Durwood was always there when someone needed him.  And he did make special time for that “Bike Ride”—leathers on and wind in his face. . . and he always had the last word.