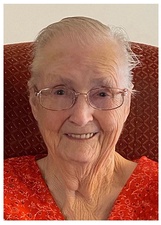 Doris Smith Burns, 88, of Cairo, GA, passed away at her home on Tuesday, January 24, 2023.  The family will host a private interment service in Woodlawn Cemetery, Eastman, GA.

Mrs. Burns was born on June 13, 1934, in Jay Bird Springs, GA, to the late Freeman Samuel Smith and Dotha Alberta Woodard Smith.  She was a daughter of a Church of God minister and moved around the state of Georgia when he changed churches.  She settled in Gwinnett County where she lived more that 45 years.  She spent the last 4 years of her life in Cairo.  Mrs. Burns worked for the State of Georgia in the Department of Human Resources.  She retired in 1995, after a 22-year career.  She attended Family Worship Center in Cairo, GA.