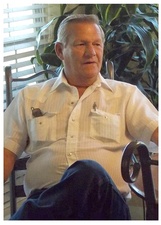 Active pallbearers will be his grandsons.

Mr. Cumbie was born on January 21, 1948, in Cairo, GA, to the late Mason Cumbie and Effie Dozier Cumbie.  He was married to Mabel Wade Cumbie, who preceded him in death on April 5, 2020.  Before retirement he worked as a fireman with the City of Cairo for over 14 years and later as a truck driver.  He was of the Baptist faith.

He was preceded in death by: his parents; his wife, Mable; and brothers, Ralph Cumbie, Tommy Cumbie.

Click the link below to view a video keepsake.