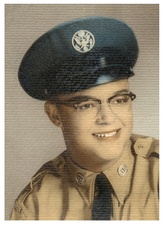 Mr. Shinn was born on July 18, 1936, in Concord, NC, to the late Clifford Carl Shinn and Frankie Dell Bell Shinn. He served his country in the United States Air Force for 28 years until his retirement. On March 25, 1960, he married Valda Annette Daughtry Shinn, who survives. They were married for 59 years. He was a member of Eastside Baptist Church.

He was preceded in death by: his parents; sisters, Jean Brantley, Kay Durham; and a baby brother.