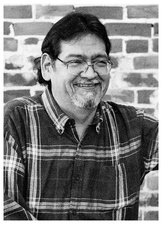 Mr. Costner was born on August 3, 1964, in Rushville, NE, to Robert Gene Costner and the late Rita May Red Starr Costner.  David was a computer technical support specialist in his industry.  He was lovingly called “Chief” by his family and friends.  His family are members of the Trinity Anglican Church in Thomasville, GA.

David was an avid outdoorsman, hunting and fishing, until his diagnosis of multiple sclerosis and eventual retirement.  He had a quirky sense of humor, which was evident to everyone by his many Facebook posts about coffee and bacon.  He had the most inspiring, positive and upbeat attitude that helped carry him through many surgeries and illnesses that he endured these past years.  The love he had for his family will be wonderful memories for us to cherish forever.

He was preceded in death by his mother, Rita M Costner.

Memorials may be made in Mr. Costner’s memory to a multiple sclerosis society of your choice.

The family will receive friends immediately following the memorial service in the Parish Hall at Trinity Anglican Church in Thomasville.