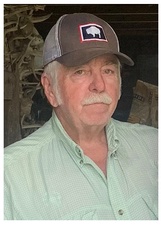 David Alan Todd, Sr., 68, of Cairo, GA, passed away at his home surrounded by his loving family on Saturday, January 8, 2022.  David was interred at the Todd Family Cemetery on Open Pond Road, Cairo, GA.  The family will have a memorial service at a later date.

Mr. Todd was born on February 24, 1953, in Jackson, Michigan, to the late Elwin G. Todd and Irene Billings Todd.  On June 17, 1972, he married Phyllis Clark Todd, who survives.  David was a heavy equipment operator.  He retired from the Grady County Road Department.  He enjoyed hunting and fishing.  David loved spending time with his wife, children and grandchildren.