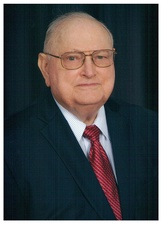 Charlie Howard Skinner, 88, died peacefully at Pine Point Hospice, Macon, GA, surrounded by his daughters.  He was predeceased by his wife of 64 years, Mary Ramell Hall Skinner on January 27, 2022.

Charlie was born the fifth of eight children of Dave and Nettie Skinner in Nashville (Allenville), Georgia where he attended elementary and high school. He was predeceased by 6 siblings, Pauline Reil, William Skinner, Albert Skinner, Kathleen Henley, George Skinner and Jack Skinner. Charlie graduated from Abraham Baldwin Agricultural College in Tifton, Georgia, where he met his future wife, Mary.  He graduated with a BS in Agronomy and a MS degree in Soil Microbiology from University of Georgia.  He served in the US Army as a Second Lieutenant for two years, from 1957-1959, where he was in the Medical Service Corps. After his military service he attended NC State College where he worked towards a doctoral degree in Soil Microbiology.

Charlie worked in the agricultural field throughout his life. He worked as a fertilizer salesman for Swift and Company for 5 years.  He then moved on to Escambia Chemical Corporation where he was a manager of marketing services for 5 years. He farmed in Cairo, Georgia for 12 years, growing pecans, vegetables, corn, peanuts, soybeans and hogs.  Next, he worked for the Risk Management Agency of the USDA, in Valdosta, Georgia, with responsibility for Alabama, Georgia, Florida, South Carolina and the Virgin Islands; he retired with the title of Branch Chief for Underwriting Services in 1997.  After a brief retirement, he opened an insurance agency where he sold and serviced crop insurance.

He married Mary Ramell Hall in 1957, and has two daughters:  Deborah Skinner Davis (Dr. Alan Bernstein), Director of the Valdosta State University Archives and Special Collections, and Rev. Edna Claire Skinner Davis (Dan Davis), Chaplain with Atrium Health Navicent Hospice Pine Pointe in Macon, Georgia. He has a favorite and only granddaughter, Ruth Emily Davis Holland (Martin Landis Holland, J.D). In January of 2022, they gave birth to Charlie’s great granddaughter, Elizabeth Margaret Holland.  Charlie loved and cherished his family.  He also leaves behind a loving sister, Eloise Nash, and numerous nieces and nephews and great nieces and nephews who loved and looked up to him.  His extended family was a special delight to him and he loved to keep up with every niece and nephew.

Charlie had a very strong relationship with God.  He was a member of Cairo First United Methodist Church, and was active in every aspect of the church. He taught the Burleigh Law Sunday School class for over 30 years and served as a lay leader.  His relationship with God sustained him throughout his life.  At the end he faced death with the certainty that he had done God’s work and was going to join Him and his beloved wife Mary.

After he finally retired from his own business in his early 80’s, he and Mary moved to Carlyle Place in Macon, Georgia where he lived for the last six years of his life.  He found a loving and supportive family at Carlyle Place, where he enjoyed very special friends and his work with Carlyle governance.  In Macon, he and Mary became members of Vineville Methodist Church and became active in the Webb Sunday school class. Charlie also enjoyed worship services at Carlyle and found great joy in leading the worship services every second Sunday until he died.  Charlie spent much of his life sharing and interpreting the scriptures.  He considered himself a teacher, and not a preacher.  In addition to his active life in the church, Charlie’s interests included travel, reading history, genealogy, music, and exercise.

Charlie was a strong man, surviving his first heart attack at the age of 37.  He lived gracefully with heart disease all his life, never letting it slow him down.  He and Mary were a team supporting each other through all the challenges and adventures of life. They traveled from Alaska to Russia, and all parts in between.  Even near the end of his life Charlie was constantly involved, always fully engaged in his life.  People interested him, and within 10 minutes of coming into a room of new people, he had made a friend. Charlie’s family, both immediate and extended, as well as his friends in Cairo, and his new friends in Carlyle Place, will miss him deeply.  He was a good man, who could always be counted on to care, remember, and follow through on every obligation.  He leaves behind people who were much the better for knowing him.