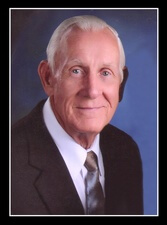 Cecil Gerald “Jerry” Joyner was born on November 4, 1935, in Cairo, GA, to the late Clarence I. Joyner and Isabel Allen Joyner. Jerry graduated from Cairo High School in 1953. He served his country in the U.S. Navy. On August 28, 1960, he married Marilyn Williams Joyner, who survives. He was a letter carrier with the United States Postal Service for 35 years. Jerry was the former president of the Cairo Lions Club. Jerry and Marilyn were members of the Big Bend Airstream Club in Tallahassee for 30 years and traveled to all but 3 states in the United States. He cherished his children, grandchildren and great-grandchildren. He was a faithful member of the Cairo First United Methodist Church, a charter member of the Burleigh Law Sunday School Class and Methodist Men.

He was preceded in death by his parents and his brother, William E. Joyner.