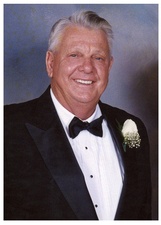 Mr. Knight was born on September 17, 1937, in Grady County, GA, to the late Joe Elbert Knight and Mattie Lou Poppell Knight. On August 18, 1972, he married Angela Copeland Knight, who preceded him in death on July 1, 2016. He graduated from Whigham High School in 1955. He retired from CSX Railroad. He was a Mason for nearly fifty years in Grady County. Mr. Knight was an active member of Union Springs Baptist Church.