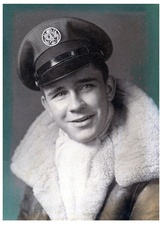 Mr. Jowers was born on September 2, 1932, in Whigham, GA, to the late Frank Jowers and Myrtice Harrison Jowers.  He served his country in the United States Air Force.  He was married on June 25, 1988, to Evelyn Boutwell Jowers, who survives.  He retired from the insurance industry in management.  He was of the Baptist faith.

He was preceded in death by: his parents; his first wife, Malinda Wyatt; and brothers-in-law, Col. Robert Anderson and John Smith.