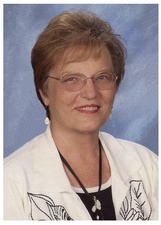 Mrs. Newberry was born on October 19, 1941, in Kingsland, GA, to the late Leonard McCollough and Annis Peoples McCollough.   On March 18, 1961, she married Kelly Newberry, who survives.  She worked as a secretary for the Standard Oil Company and later was a homemaker.  She was a member of Springhill United Methodist Church in Whigham.  Her loving grandchildren, who were the joy of her life, called her “Nanny.”  Adelaide loved her family, flowers, gardening and the beach.

She was preceded in death by: her parents; her son, James Ronald “Ron” Newberry; and a nephew, Darwin McCullough.