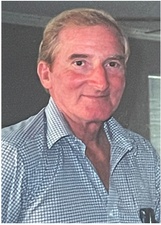 William Robert McConnell, 80, of Hahira, GA, passed away at South Georgia Medical Center in Valdosta, GA, on Friday, April 29, 2022.  The family will have a private memorial service at a later time.

Mr. McConnell was born on August 11, 1941, in Adel, GA, to the late L. S. McConnell and Myra Lynn McConnell.  He served his country in the United States Army.  He worked for Flowers Industries as a floor supervisor for many years.  He was of the Christian faith.