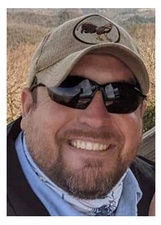 Michael Christopher Jacks, 35 of Franklin, GA, passed away suddenly Saturday, December 26, 2020.  He was born April 16, 1985, in Atlanta to Jerry Jacks and Cindie Duncan Jacks.  Michael was preceded in death by his grandfathers, Johnnie Duncan & John Jacks.

Michael grew up in Coweta County and attended Newnan High School and received his associate’s degree from Southwest Georgia Technical College in Thomasville, GA.  He was currently employed with Service Electric.

Michael lived life to the fullest and was always up for an adventure. He was a loyal friend who could always be counted on to keep one laughing.

Rather than flowers, the family requests memorial contributions to the Newnan Coweta Humane Society, 608 Hwy 29 N, Newnan, GA 30263 or www.nchsrescue.org

Condolences can be expressed online at www.mckoon.com