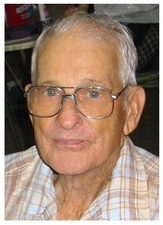 Mr. Poole was born on March 31, 1921, in Neeses, SC, to the late Robert Lee Poole and Bessie Cooper Poole. He served his country in the U. S. Army during WWII, participating in the liberation of Europe in Northern France, the Rhineland and Central Europe. Mr. Poole received multiple commendations for his service including three Bronze Service Stars. On March 17, 1947, he married Ester Mae Butler Poole, who preceded him in death on April 4, 1998. For many years he was employed as a supervisor with Wight’s Nursery. Later he retired as superintendent and horticulturist with Winnstead Plantation in Thomasville, GA. He attended the Cairo Church of God.

Memorials may be made in Mr. Poole’s memory to: your favorite charity; or a military organization of your choice.