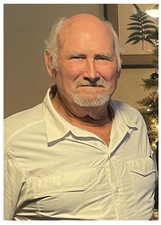 Alvin Eugene Jordan, 70, of Cairo, GA, passed away at Archbold Memorial Hospital in Thomasville, GA, on Monday, April 11, 2022.  The family will have a private memorial service at a later date.

Mr. Jordan was born on August 29, 1951, in Inglis, FL, to the late Johnny Taft Jordan and Lula Kate Snipes Jordan.  On October 24, 1969, he married Shirley Murkerson Jordan, who survives.  They were married for 52 years.  He retired from the construction industry.

He was preceded in death by his parents and several brothers and sisters.